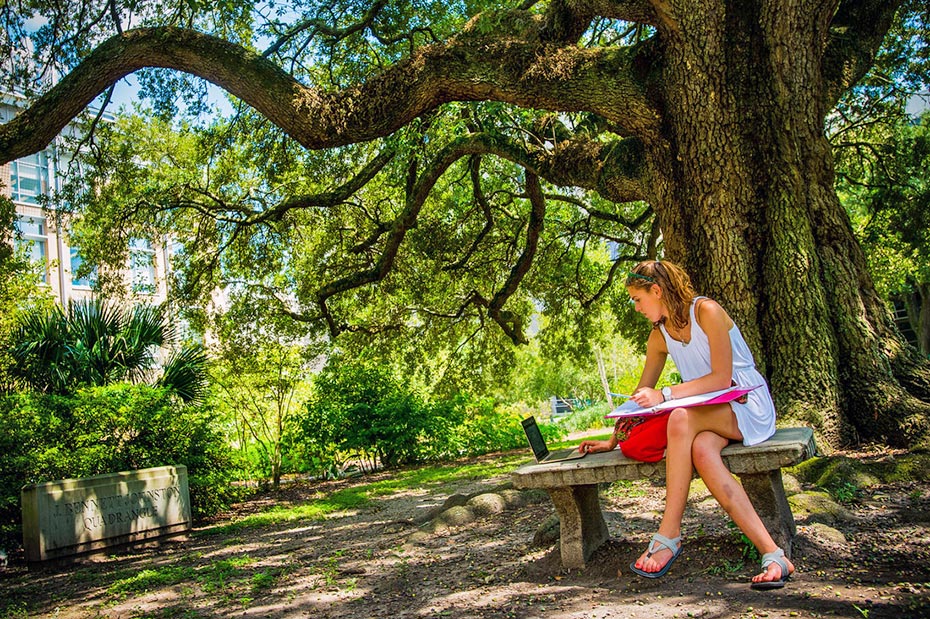 All applicants are automatically considered for Tulane merit scholarships in the University. The university also offers several awards and scholarship which will be discussed in this post. Majority of merit scholarships are renewable for 4 years (or 5 years for architecture students), provided the student maintains good standing with the university, a full-time course load, and a designated minimum GPA.

As the name suggests, the merit-based scholarships offered by the university is totally dependent on the academic performance of the student. Other factors considered for the scholarships are exceptional community and secondary school involvement, and extraordinary intellectual promise.

To be considered for the Deans’ Honor Scholarship at Tulane University, applicants must submit a complete application for admission via Early Action or Early Decision. Applicants are also required to submit a separate scholarship application with creative project and teacher recommendation through your Green Wave Portal by December 5. Most recipients of the DHS have an ACT score greater than 31 or an SAT score greater than 1400

As mentioned in this post, a series of scholarships are awarded by the university, and they include:

The scholarship was created for exceptional students who exemplify leadership, perseverance, scholarship, service, and innovation. The scholarship is sponsored mainly from the contributions of the Stamps Family Charitable Foundation – a nationally prestigious scholarship program.

Tulane University is a private institution located in News Orleans. The university was founded in 1834. It has a total undergraduate enrollment of 6,773 and utilizes a semester-based academic calendar. Tulane University’s ranking in the 2020 edition of Best Colleges is National Universities #40,

The university has two campus – the main uptown campus and a downtown campus, which is the center for health science programs. The school is rich in extracurricular activities, and students can participate in more than 200 student organizations on campus. More than 40 per cent of students are involved in Tulane’s 24 sororities and fraternities. The university also offers Tulane merit scholarships to its students.

The Green Wave Portal is the application portal for full-time undergraduates. Students can access their academic calendar, submit assignments through the portal. A username and password are required to access the portal

What Is Tulane Known For?

The school is well known for its law school, its School of Public Health and Tropical Medicine. According to reviews, Tulane University has become the most interesting place to study medicine. Tulane University School of Medicine has the most diverse of all the nation’s medical schools. The diversity of students, combined with an open and cooperative faculty, has led to the development of a true academic community, a community in which students learn in a non-hostile environment, with the help of friends and colleagues.

For Freshman Residents, students enrolled full-time at Tulane the cost of attendance is estimated to be $77,678 plus transportation. Tuition & Fees is $58,850 for a freshman resident

Tulane University has an application fee of $125

The university offers a variety of financial aid and assistance to its students. The scholarships and grants include the Leadership Award Scholarship, Louisiana GO Grant and Tulane Need-Based Scholarship. The average financial aid package for the 2018 school year was $45,672, and the school met 94% of student need. Visit the Tulane Financial aid page for steps on how to apply for financial aid.

Tulane University is considered quite selective, with an acceptance rate of 17%. It can be difficult to get accepted into Tulane. In 2018, out of the 38,816 applications, only 6,600 applicants were accepted. The acceptance rate for early action applicants is 24.9.

there is no official SAT score for gaining admission into the private university. However, over half the applicants admitted to Tulane University have an SAT score between 1350 and 1490

Half the applicants admitted to Tulane University have an ACT score of 30 and 33.