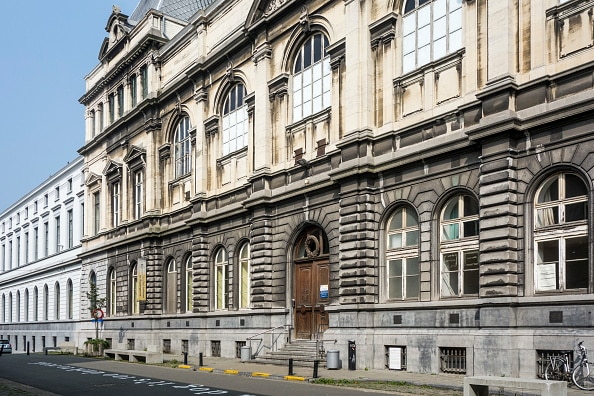 Ghent University was established in 1817 by King William I of Orange. It is regarded as one of the best universities in Belgium. It is a public research university and not affiliated with any religious body or organization making it a pluralist university. the university currently accommodates over 41,000 students, including more than 4,150 international students. The university uses Dutch for teaching most courses. However, some post-graduate courses are taught in English.

The university’s main campus is located close to the city Centre. It also has a campus by the sea in Ostend, home to the Greenridge incubation and innovation center that provides facilities for start-up technology companies, and conducts sustainability research into seas and oceans.

High school student or graduate can apply for the bachelor’s program and are required to submit these documents:

Before applicants are accepted , they will have to take an Online Aptitude Test. The test reflects the minimum level of knowledge the applicant and gives a general idea of the academic level of applicants.

The Aptitude Test comprises 20 questions in English about Mathematics and Chemistry. The time limit to take the test is two hours.

Students with a 14/20 and higher scores on the online aptitude test are accepted and will receive an acceptance letter within five weeks.

Applicants can apply online via the UGent Portal

the university offers a wide range of courses like Immunology, Bioinformatics, Molecular Genetics, Plant Physiology, Analytical Biochemistry, Gene Technology and so on.

The tuition fee includes an enrolment fee and it is calculated per credit. enrolment Fee is KRW 2,000,000, annually and KRW 300,000 is paid per credit

The Ghent University Hospital is one of the largest and most specialized hospitals in Flanders with more and more than 6,000 employees. Patients are offered a wide range of top referent care. The hospital has extensive facilities and more than 1,000 beds for single-day and multi-day inpatient stays.

The following positions are available for PhD holders in the organization:

Vacancies at the Global Campus (Korea)

Where Is Ghent University?

Apart from the University, other good universities in Belgium are: