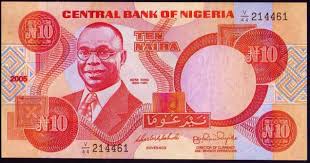 Have you ever wondered why the face of Dr Alvan Ikoku is in Nigerian currency even before those of Nnamdi Azikiwe, Ahmadu Bello and Obafemi Awolowo?

Who was this great Igbo son and what were his achivements?

Born on August 1, 1900 in Arochukwu, present-day Abia State, from 1911 to 1914, he was educated at the Arochukwu Government Primary School and from 1915 to 1920, he attended Hope Waddell College, Calabar where he was a student under James Emmanuel Aggrey and was mates with Akanu Ibiam and Eyo Eyo Esua. While teaching at Awka, Dr Alvan Ikoku earned his University of London degree in Philosophy in 1928, through its external programme.

In 1946, after several constitutional changes allowing more Nigerians in the legislative chambers, he was nominated to the Eastern Nigeria House of Assembly and assigned to the ministry of education.

In 1947 he became part of the Legislative Council in Lagos as one of three representatives of the Eastern Region. He is celebrated as a revolutionary educationist in Nigeria.

In 1962, he called for an ‘Education Bill of Rights’ for primary school education to be free for six years nationwide in Nigeria. This was later accepted by the Federal Military Government as from 1976. Today free education to all primary school has been granted.

Dr Alvan Ikoku still remains a great icon in Nigerian academical development and one of the most outstanding educationists ever had in Nigeria.
The Dr Alvan Ikoku Federal College of Education in Owerri, Imo State was named in his honour and of course, his face is emblazoned on the ten naira note.  It was at this school that the first full-fledged Igbo Language Department in Nigeria was established in 1975.