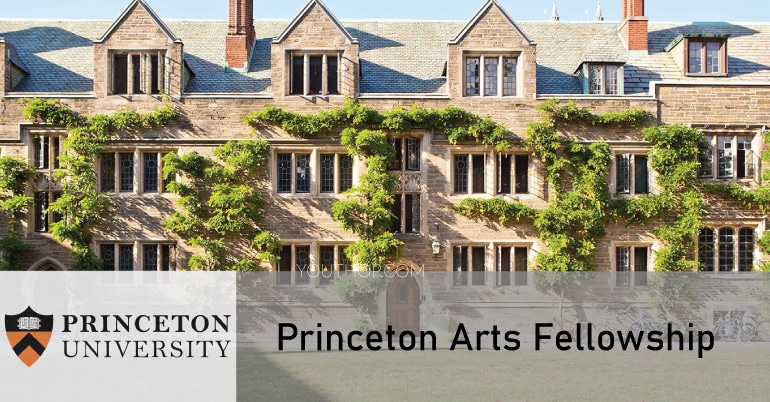 Princeton Arts Fellowship is funded and supported in part by The Andrew W. Mellon Foundation, the David E. Kelley Society of Fellows in the Arts, and the Maurice R. Greenberg Scholarship Fund. This fellowship is reserved for artists whose accomplishments have been recognized as demonstrating exceptional promise in any area of artistic practice and teaching.

Princeton Arts Fellows are required to teach for two consecutive academic years (September 1-July 1) at Princeton University. The standard work assignment will be to teach one course every semester, subject to permission by the Dean of the Faculty; however, fellows may be asked to take on artistic activity in lieu of a class, such as directing a play or choreographing a dance with students.

To apply for the Princeton arts fellowship, please submit a curriculum vitae, a 500-word statement about how you hope to use the two years of the fellowship at this point in your career, and how you would contribute to Princeton’s arts community through teaching and/or production. Contact information for three references (should the search committee choose to contact references, please do not request letters or have letters sent in advance of a search committee request), and work samples (i.e., a writing sample, images of your work, video links to performances, etc.). As part of your application package, you are also invited to submit a 300-word diversity and inclusion statement.

Applicants can also highlight their previous and present experiences with supporting diversity and inclusion in their artistic practice, teaching, and/or research, as well as their capacity to make future contributions as part of their submitted application materials. Any statement submitted should emphasize their potential to support the Lewis Center’s commitment to diversity and fair practices in the arts, as well as their capacity to mentor and teach students from underrepresented backgrounds in the candidate’s creative profession.

Deadline For the Princeton Arts Fellowship 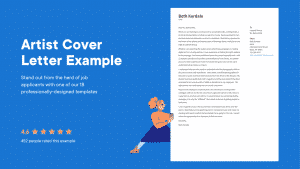 Cover letters allow you to communicate your experience outside of tightly structured documents or question-and-answer sections that may be included with an application. They serve as a writing sample, demonstrating your written communication abilities.

Since you’re expected to submit a CV in your Princeton arts fellowship application, what exactly should the cover look like? Well, the purpose of a cover letter is to persuade the reader that you are really interested in a specific position and to highlight that you are a good fit for the position, the organization, and the industry (based on your most relevant skills/experiences).

Thus, the Princeton arts fellowship application cover letter should explain why you are the best candidate for the fellowship. Make use of a professional letter format. Include your address, the date, and the name and address of the contact. 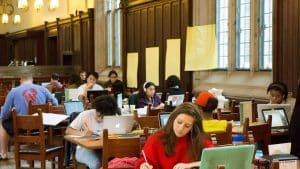 Princeton University was founded in 1746 as a private college. It has a total undergraduate enrolment of 4,773 students (fall 2020), a suburban environment, and a campus area of 600 acres. The academic schedule is semester-based. Princeton University has ranked first among National Universities in the Best Colleges 2022 edition. The total cost of tuition and fees is $56,010.

Princeton is a world-class research university that has trained two US presidents, James Madison, and Woodrow Wilson. Michelle Obama, actors Jimmy Stewart and David Duchovny, Google Chairman Eric Schmidt, and Apollo astronaut Pete Conrad are among those who have graduated.

Princeton was established by New Light Presbyterians to train their preachers. Following the American Civil War, the college grew, and its curriculum was revamped. It formally became a university at the start of the twentieth century, and its famed graduate school opened.

Princeton University now offers undergraduate and graduate education in the humanities, social sciences, natural sciences, and engineering, as well as a variety of professional degrees.

Princeton’s main campus spans 500 acres and has over 180 structures, including ten libraries. The main campus was voted one of the most beautiful in the United States by Travel+Leisure magazine in New York. The majority of Princeton students live, dine, study, work, and play on campus.

The Ivy League college guarantees housing to all undergraduate students for the duration of their degree and is dedicated to creating a diverse campus environment. Residential colleges provide a variety of academic, social, cultural, and recreational programs, and there are numerous opportunities for students to pursue interests outside of academic study, such as writing for a literary publication, learning the science of beekeeping, or singing with an acapella group.

What is Princeton University known for?

Academically, what is Princeton recognized for? The junior paper and senior thesis are among the most distinguishing features of a university undergraduate curriculum. The junior paper, sometimes known as the junior project or simply the “JP,” is a prelude to the senior thesis. The “JP” enables students to become acquainted with the independent research and abilities required to finish their senior thesis while receiving particular attention from their faculty adviser.

One of Princeton’s most well-known institutions is the Princeton School of Public and International Affairs, which is widely regarded as one of the greatest places in the country, if not the world, to study international relations and public affairs. Formerly known as the Woodrow Wilson School of Public and International Affairs, the school was renamed in 2020 after the Princeton Board of Trustees determined Wilson’s racist thinking and policies made him an inappropriate namesake for a school. Wilson was the 13th president of Princeton University, governor of New Jersey, and 28th president of the United States.

The enormous number of students who have gone on to become Rhodes Scholars, one of the most coveted and rigorous awards in the world, has helped Princeton consolidate its standing among the country’s best academic institutions. Princeton has sent 215 students to the University of Oxford to pursue postgraduate degrees, following only Harvard (369) and Yale (252)

What are the best things about Princeton University? 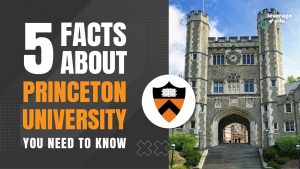 What are the best things about Princeton University? Well, let’s start with the fact that nearly two-thirds of Princeton University students are undergraduates, compared to less than a third at Harvard and slightly more than 40% at Yale. Princeton’s climate looks to be more collaborative than competitive, with instructors more approachable than at a school that provides more doctorate and advanced professional degrees.

When it comes to core requirements, Princeton falls somewhere in the center between Brown, which has none, and Columbia, which is significantly more rigid. Students enroll in a freshman writing seminar as well as a series of essential courses. From freshman through junior year, everyone takes four courses every term, with a total of six as a senior, including their thesis. A liberal arts major can easily get a minor or two, and an engineering student can get one.

A week’s worth of the Daily Princetonian, the university’s student newspaper, reveals that Princeton University students are very involved in campus politics and institutional change. During the spring of 2018, students voted on four referenda to amend the university’s Honor Code, three of which were eventually refused by the administration. At the same time, Princeton students discuss political matters in public and can join the American Whig-Cliosophic Club, the oldest debating society and political union at a US institution. Its two buildings, Whig Hall and Clio Hall are located in the heart of campus, demonstrating the community’s value of discussion.

Princeton is the only Ivy without fraternity or sorority homes, yet these Greek social groups have branches on campus. However, following their sophomore year, students can join co-ed “eating clubs” at the institution. Depending on the group, interested students may sign up to join or be picked through a “bicker” selection procedure.

Princeton is the Ivy with the “most suburban” atmosphere. Cornell and Dartmouth are located in rural areas, but the other Ivies are located in cities. If you don’t want to blend a college education with a city education but yet want to be close to a big metropolis, Princeton is the best alternative. Depending on whether you drive or take the train, Princeton might be considered a commuting suburb of New York or Philadelphia. The campus will also appear less busy and overcrowded.

Princeton is known as an “athletic school.” It is the only Ivy that has produced the top collegiate basketball player (Bill Bradley, 1965) and the college football Heisman Trophy winner (Dick Kazmaier, 1950). It is the last Ivy to have legitimately claimed a National Championship in college football (1950) and the last to have won a game in the NCAA Men’s Basketball Final Four (consolation game vs. Wichita State in 1965). Since 1897, Princeton has won more than 200 individual and team national championships, including six in men’s lacrosse and three in women’s lacrosse. Princeton’s athletic program now ranks third among Division 1 institutions in the Director’s Cup standings, trailing only Stanford and Wake Forest. No other Ivy League school ranks higher than 55th (Dartmouth).

Is Princeton Good for International Students?

Overall, Princeton is ranked among the top colleges for international students. They are placed 24th out of 1,232 on our list of the Best Colleges and Universities in the United States for International Students.

The presence of international students on campus provides a wider range of alternatives, opinions, and expertise to contribute to the college’s diversity of thought. Interaction with students from many nations is becoming an increasingly vital aspect of higher education as the economy grows more global in scope.

According to statistics from student visas, as many as 1,159,798 overseas students arrived in the United States in 2019 to study at American colleges and institutions. Princeton had roughly 1,959 international students from this diversified international pool.

In this article, we looked at the popular Princeton arts fellowship and still dived in further to discuss some interesting facts about Princeton University. Being an ivy league, admission requirements into this institution might be a bit stringent. But the Princeton arts fellowship will afford you the opportunity to get a faint idea about the university. Most importantly, you don’t have to be a US citizen to apply for the program. Thus, we urge you to take advantage of this opportunity. Best wishes!

Do You Need A Masters To Get A PhD?

Niche Scholarships – All You Need To Know