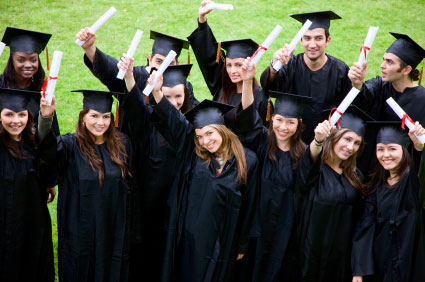 The National University of Singapore is Asia’s top and a world-leading comprehensive research university, with a global approach to teaching and research programs that are centered in Asian settings. At both undergraduate and postgraduate levels, the institution provides a diverse range of topics ranging from sciences to music.

The National University of Singapore has 17 faculties and schools spread over three main campuses: Kent Ridge, Outram, and Bukit Timah. NUS has a wide, demanding curriculum, multi-disciplinary courses, and cross-faculty modules. The institution uses a semester-based modular system that is a hybrid of British and American methods such as small group instruction (modules) (course credits).

Its transformational education allows students to transfer between courses, take electives from various faculties, participate in study abroad exchange programs, entrepreneurial internships, double degree, and joint degree programs with other leading institutions across the world. At the same time, students have a lot of freedom to explore their creative, athletic, and cultural interests. More than 38,000 students from over 100 nations attend the University.

The National University of Singapore is well-known for its high-impact research operations in life sciences and biomedicine, engineering, social sciences, and natural sciences.

NUS is a very competitive institution with a generally low admission rate. Every year, the institution receives thousands of applications, the majority of which come from Asia. However, due to a restricted number of seats in each class, the acceptance percentage falls to 5%.

the table below depicts how this University is ranked both worldwide and in Asia.

On the NUS online application platform, international students must pay a non-refundable application fee of SGD 20. Fees can be paid electronically using foreign cards such as AMEX, AliPay, Visa, Mastercard, or PayNow. Once you’ve successfully paid, you can then proceed to print a copy of the receipt for your records. Note that the application fee for all NUS programs is the same; however, it may increase over time.

The yearly tuition fee for international students at NUS for the 2020-2021 academic year is as follows:

Note that the figure provided here may vary depending on the course and year. 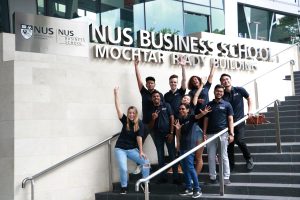 For more than 50 years, NUS Business School has produced outstanding students.NUS Business School, founded the same year Singapore earned independence, is now regarded as one of the world’s top business schools. It distinguishes itself by combining the finest of global business knowledge with in-depth Asian perspectives, preparing students to lead Asian enterprises to worldwide success while also assisting global businesses to flourish in Asia.

The school attracts a diverse range of brilliant and talented students to its extensive array of academic programs, which includes BBA, MBA, Executive MBA, MSc, and Ph.D. programs, as well as bespoke and open enrolment Executive Education courses.

The school has a prominent international faculty trained at prestigious universities such as Harvard, Wharton, MIT, Oxford, and others. Aside from teaching, the research culture at the National University of Singapore Business school is centered on developing knowledge that is not only rigorous in its academic contribution but also relevant and powerful in influencing leadership and policy creation in the corporate and public sectors.

The school is recognized by AACSB International (Association to Advance Collegiate Schools of Business) and EQUIS (European Quality Improvement System), indicating that it meets the highest business education requirements.

NUS Business School is located on the main campus in Kent Ridge. The University provides a plethora of cutting-edge multimedia facilities around campus, and its contemporary libraries are well-stocked with instructional tools and study spaces. On-campus, there are also various food and retail establishments. Students can also use the Internal Shuttle Bus to get about campus and between campuses.

Below are some of the courses offered in the National University of Singapore business school (Masters):

According to the 2018 QS World University Rankings, the NUS MBA is placed 15th in the world. The NUS MBA provides a stimulating environment for development and discovery, preparing students for leadership roles in today’s competitive global industry.

The NUS MBA provides students with a solid foundation in general management as well as optional programs that allow them to tailor the program to their specific career goals.

The NUS MBA provides students with a wide understanding of basic management topics while also allowing them to gain industry-specific skills.

Students can choose between the following specializations: Finance, Healthcare Management, Marketing, Strategy and Organization, and Innovation and Entrepreneurship are all areas of study. 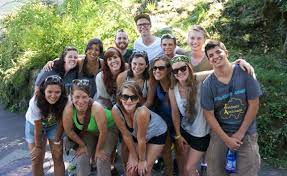 NUS provides a wide range of teaching and research courses in the form of degrees and other programs, including:

NUS has collaborated with over 300 universities in over 40 countries, allowing students to participate in Student Exchange Programmes. Aside from full-time bachelor’s degree programs, undergraduate students can select from the following options:

Each semester, NUS education covers nearly 2,000 modules across its 17 faculties, departments, and schools.

Students may pursue graduate and undergraduate courses in the following disciplines: 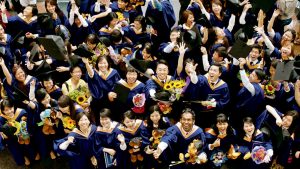 What are the eligibility requirements for admission to the National University of Singapore?

The following are the minimal program-specific eligibility criteria that international candidates must achieve before applying to the National University of Singapore:

Students may also rely only on their SAT scores to demonstrate their English competence.

To apply to NUS, Indian candidates may submit their GATE result with a minimum of 90% instead of the GRE or GMAT. Furthermore, in extreme situations, such as those with more than ten years of work experience, the GMAT or GRE requirement may be waived. In this situation, individuals must also demonstrate their remarkable accomplishment in academic history and perform admirably in the interview stages.

When applying to the National University of Singapore, international students must provide the following documents:

Please keep in mind that these are typical prerequisites for applying to NUS and may change depending on the degree. It is advised that you check the course page on the official website for the specific prerequisites.

Below are some of the job openings available at the National University Of Singapore. You can visit the University’s website for more information on these job openings. 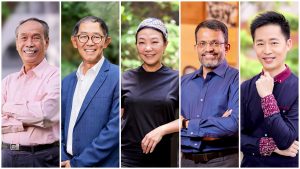 The following is a list of noteworthy alumni from the National University of Singapore, organized by the popularity of their wiki pages:

Mahathir bin Mohamad is a Malaysian leader, novelist, and doctor who served as Malaysia’s fourth and seventh Prime Ministers from July 1981 to October 2003 and again from May 2018 to March 2020. Before being appointed Prime Minister in July 1981, he served as the 4th Deputy Prime Minister and in a variety of other Cabinet roles. He has been a Member of Parliament (MP) representing Langkawi since May 2018, Kubang Pasu from August 1974 to March 2004, and Kota Setar Selatan between April 1964 to May 1969. He is known as the “Father of Modernisation.”

Lee Kuan Yew, abbreviated LKY, was a Singaporean leader and lawyer who served as Prime Minister of Singapore from 1959 to 1990 and is regarded as the country’s founding father. He was a founding member of the People’s Action Party, which has controlled the country since its inception.

Halimah Binte Yacob is a politician from Singapore. She is Singapore’s current President, having been elected in an uncontested election in the 2017 Singapore presidential election. She is the first female President of the United States.

Nguyn Xuân Phc is a Vietnamese politician who presently serves as President of Vietnam. He is one of Vietnam’s highest-ranking politicians, along with Nguyn Ph Trng, General Secretary of the Communist Party of Vietnam (de facto leader). Phc was rated second in the Communist Party’s 13th Politburo, after Nguyn Ph Trng, and third in the 12th Politburo. Nguyn Xuân Phc is also a full member of the National Assembly, having served in its eleventh, twelfth, thirteenth, and fourteenth sessions.

Tony Tan Keng Yam is a Singaporean politician and former Deputy Prime Minister who served as the seventh President of Singapore from 1 September 2011 to 31 August 2017. He was the winning candidate in the 2011 Singaporean presidential election.

Margaret Chan Fung Fu-Chun, OBE, JP, FRCP is a Chinese-Canadian physician who served as the World Health Organization’s (WHO) Director-General delegate for the People’s Republic of China from 2006 to 2017. Chan previously served as the Hong Kong Government’s Director of Health (1994–2003), as the WHO Director-representative General’s for Pandemic Influenza, and as the WHO Assistant Director-General for Communicable Diseases (2003–2006). Forbes named her as the world’s 30th most influential woman in 2014. She joined the Chinese People’s Political Consultative Conference in early 2018. (CPPCC).

Goh Chok Tong is a former Singaporean politician who served as Singapore’s Prime Minister from 28 November 1990 to 12 August 2004 and as the People’s Action Party’s Secretary-General from November 1992 to December 2004. Prior to becoming Prime Minister, Goh held ministerial positions in commerce and industry, health, and defense under Prime Minister Lee Kuan Yew. He served in the House of Commons for 44 years, representing Marine Parade SMC for 12 years and Marine Parade GRC for the following 32.

Ho Ching is a Singaporean business entrepreneur and businesswoman who has served as Temasek Holdings’ CEO and executive director since January 2004 and May 2002, respectively. She will leave both jobs on 1 October 2021. She is the wife of Singapore’s third and current Prime Minister, Lee Hsien Loong.

Jeanette Aw Ee-Ping, professionally known as Ou Xuan (), is a Singaporean actress, filmmaker, businesswoman, and writer. Aw was designated one of Mediacorp’s Seven Princesses in 2006, and she rose to prominence with her major part in the renowned drama The Little Nyonya. She was a full-time Mediacorp talent from 2002 until 2017; however, she still films on an ad-hoc basis and was formerly handled by Hype Records. Aw has established herself as one of Singapore’s most popular and high-profile celebrities through her television career. At Singapore Mediacorp’s Star Awards, she received 29 popularity and performance awards, a record number for a performer.

NUS is regarded as one of Singapore’s most prestigious educational institutions. The institution has established a number of scholarship programs to assist both domestic and foreign students. Despite the fact that there are a limited amount of scholarships available for overseas students, the school covers the majority of its applications.

NUS Scholarship Highlights Approximately 90% of the NUS scholarships are meant to pay either the entire tuition cost or a portion of it. The vast majority of scholarships are given to students at the time of their entrance.