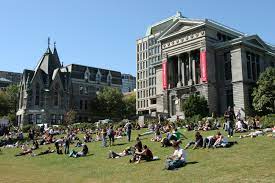 In this article, we will discuss McGill university acceptance rate, admission criteria, tuition, and so on.

It may be difficult to gain admission to McGill; the university’s acceptance rate is 41%. This means that to be admitted, a student must have a decent grade point average and a standardized English language proficiency test score.

Furthermore, this university admits 6318 undergraduates and 2387 graduate students each year, both domestic and international students. It should also be noted that this institution is one of the top three best universities in Canada.

McGill University is a public research university in Quebec, Canada, that was founded in 1821. The university has two campuses: one in downtown Montreal and one near Sainte-Anne-de-Bellevue called the Macdonald campus. The distance between the two campuses is about 20 miles.

Although English is the major language of instruction, over 20% of university students indicated French was their mother tongue in a recent year.

About half of Montreal’s population speaks French as a first language. On both campuses, undergraduate and graduate students can live in university housing.

Tuition is higher for overseas students, and the academic calendar at McGill is structured on a semester system. The institution is linked with several teaching hospitals and its medical school is Canada’s oldest.

Why Should You Attend McGill University?

Let’s have a look at the top reasons why international students choose to study at McGill.

The Medicine preparation program and the MDCM program are offered in McGill’s downtown Montreal Campus in a bigger, metropolitan setting.

McGill has deep roots in the community as a leading medical school in a diverse and multicultural setting.

2. A Multicultural Student Body and a World-Class City

You will be able to attend Canada’s oldest and most distinguished medical school if you apply to McGill’s Faculty of Medicine and Health Sciences.

You’ll be surrounded by a diverse student body and a world-class faculty known for breakthrough research and outstanding clinical practice.

McGill’s position in the international metropolis of Montreal will also allow you to benefit from the university’s extensive global networks.

At the same time, the school’s emphasis on research and theory allows students to collaborate with academics at the leading of cutting-edge practice.

One of the contemporary facilities accessible at the Faculty of Medicine and Health Sciences is the Simulation Centre, where students practice complicated surgical operations and interview simulated patients.

Students can work in one of four affiliated teaching hospitals at the same time, including the McGill University Health Centre (MUHC), one of North America’s most comprehensive university health centers.

McGill’s medical degree is well-known worldwide, and graduates have access to a wide range of professional and academic opportunities. Simultaneously, due to the school’s excellent clinical reputation, students have a high success rate in obtaining residency matches in the United States and Canada.

6. Tuition and Living Expenses Are Reasonable.

When compared to similar colleges around the world, McGill’s tuition is extremely low. There are several opportunities for social networking and research both within the university and in Montreal and Gatineau.

These are supported by McGill’s several active alumni networks, which keep alumni in touch with one another.

In 2018, the acceptance rate was 41%; however, the next year, it increased to 43% and then decreased to 41% in the same year. This indicates that acceptance is not consistent; for this aim, the standards for admission are always the same each year, with only minor adjustments.

Regardless, there has been a record of a severe decline in the acceptance rate in the preceding five years, which implies it has dropped from 37 percent to 29 percent. The admission rate is likewise significantly lower than for undergraduate programs. In this regard, students pursuing a master’s degree at this university must ensure that they have a well-presented application that will stand out from the previous results of admitted applicants.

The criteria used to decide whether an applicant is qualified for admission are exclusively determined by individual departments, implying that some courses will have fewer criteria for entrance.

Applicants to McGill University must also fulfill any academic standards established by the department they are applying to.

Admission to the university is quite competitive. Thus simply fulfilling the minimum requirements does not ensure acceptance. As a result, the following are the prerequisites for admission to McGill:

A minimum cumulative grade point average (CGPA) of 3.0 out of a potential 4.0 is required for prospective students. OR a GPA of 3.2 on a 4.0 scale in the previous two years of full-time study.

Candidates must demonstrate English language proficiency, regardless of citizenship or place of origin.

In the following situations, students must present additional supporting papers (such as recommendation letters and personal statements)

McGill admits students from all around the world to approximately 6,600 undergraduate courses. On the other hand, this university accepts applications exclusively for the fall (September) intake and does not admit students in the winter or summer.

The majority of students who enroll at McGill are found in the five largest faculty, which are Arts, Science, Medicine, Engineering, and Management.

Finally, the admittance rate for overseas students at McGill University is 46%.

McGill offers a fairly broad range of graduate programs. This means that everything, including academic credentials and grades, is considered in the admission decision.

The candidate must have a Cumulative Grade Point Average (CGPA) of at least 3.0 out of a potential 4.0. OR a GPA of 3.2 out of 4.0 in the previous two years of full-time education.

Candidates must also be proficient in the English Language.

In conclusion, the acceptance rate for graduate students is 30.4%.

McGill University is ranked #3 among Best Global Universities in Canada.

McGill University is ranked #38 in the World University Rankings by Times Higher Education. This, however, demonstrates that McGill is a world-class educational institution.

The costs for one year as an undergraduate student at McGill are estimated here.

International students – Tuition ranges from $18,110 to $48,747. Note that tuition varies according to your program of study.

Note that other personal expenses to consider include travel, clothing, transportation, entertainment, etc.

What could be more exciting than studying at McGill University in Montreal? This university, which is the top in Canada, has a lot to offer a student who wants to get a degree.

After reading this post and learning about the McGill university acceptance rate and other important information about the university, we hope you will follow your dreams of studying at this top-notch university.