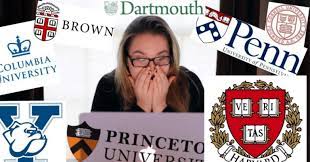 In this post, we will be discussing the list of Ivy League schools extensively. Ivy league colleges are often regarded as the most prestigious institutions of higher learning in the United States and worldwide. These schools are well-known for their highly selective admissions procedure, academic brilliance, and promising employment chances for graduates. Not to mention the name recognition and social prestige.

Ivy League institutions, which were originally grouped together by athletic conferences, have been known to produce not only well-rounded student-athletes but also future presidents, Nobel Prize winners, and other high-achieving alumni.

Read on as we provide you with an extensive list of ivy schools and important information about these schools.

What Is an Ivy League School?

The name “Ivy League” has evolved to mean renowned, highly selective universities. As a result, many people mistakenly refer to other famous private colleges, such as MIT and Stanford, as Ivy League institutions.

Princeton University, founded more than 270 years ago, is the country’s fourth-oldest college. Princeton has first-rate academic resources, including specialized libraries, cutting-edge laboratories, and even a campus art museum. The Princeton University Art Museum has about 100,000 items in its collection.

The university’s 4-to-1 student-faculty ratio allows students to benefit from small class numbers and one-on-one counseling.

In addition, the university boasts one of the highest four-year graduation rates in the country. Princeton has educated past U.S. presidents, Supreme Court justices, Olympic medalists, and Nobel Prize winners.

Columbia University, located on Manhattan’s Upper West Side, is the state’s oldest institution of higher learning. Columbia is home to several historical technologies and platforms, such as the first Black student advocacy group on a multiracial campus and the first collegiate homosexual rights advocacy group.

Columbia College, the Fu Foundation School of Engineering and Applied Science, and the School of General Studies are the university’s three undergraduate schools.

The business and law schools, as well as the Teachers College and the Vagelos College of Physicians and Surgeons, are all highly regarded graduate and professional schools.

Columbia has one of the most varied student bodies in the country, and it was the first university in the country to enroll 1,000 overseas students in 1953.

The institution prioritizes global themes in its research and teaching in order to foster cross-cultural academic ties. Columbia has nine global centers that provide opportunities for global research, scholarship, teaching, and service.

Students have access to 22 libraries, more than 200 research institutions, centers, and laboratories, thousands of internships through the Center for Career Education and the Lamont-Doherty Earth Observatory.

Harvard University, founded in 1636, is the oldest school of higher learning in the United States and one of the most selective in the Ivy League.

Harvard, as a private research school, has over 100 research centers on campus. Harvard University has 13 schools and institutes, including the top-ranked medical school in the United States, top-ranked business, graduate education, engineering, and law schools, and the John F. Kennedy School of Government.

In addition, the university boasts one of the greatest freshman retention rates in the country. In addition to academics, students can participate in over 445 extracurricular, co-curricular, and athletic clubs.

Yale University is well-known for its drama and music programs housed in the prestigious Yale School of Drama. In addition to Yale College and the Yale Graduate School of Arts and Sciences, the institution contains 12 professional schools, including the top-ranked law school in the country and highly ranked schools of medicine, management, art, and nursing.

Undergraduate students at this research institution have achieved significant advances in a variety of sectors, including the discovery of new species and the patenting of items.

Students can benefit from global learning options such as studying abroad, overseas internships, and directed research. Social sciences, biological and biomedical sciences, history, mathematics and statistics, and engineering are the most popular majors at Yale.

The University of Pennsylvania, founded in part by Benjamin Franklin, offers a mix of world-class liberal arts training and preprofessional education.

Penn has the most overseas students of any Ivy League institution: 12 percent of undergraduate and graduate students are international and from more than 100 countries. In addition, each year, over 2,500 students participate in overseas study programs provided in more than 50 countries across the world.

The Wharton School, the School of Engineering and Applied Science, the Perelman School of Medicine, and the education and law schools are among Penn’s top regarded graduate institutions.

The Stuart Weitzman School of Design and the School of Dental Medicine are two of Penn’s other noteworthy graduate institutions.

Tuck School of Business, which contains the world’s first graduate school of management, as well as Thayer School of Engineering and Geisel School of Medicine, are all part of the university graduate program.

More than 50 research-focused institutions, institutes, and groups are housed on campus, with interests spanning from medicine and the arts to engineering and business.

Dartmouth allows students to learn in an intimate setting with a 7-to-1 student-faculty ratio and more than 60% of classes with less than 20 students.

More than half of its students’ study through off-campus programs in order to receive an intensive, global, and hands-on education that does not interfere with their academic plans.

This open academic program for students includes rigorous multidisciplinary study in over 80 concentrations, including cognitive neuroscience, business, entrepreneurship, and organizations. Its highly competitive liberal medical education program allows students to earn both an undergraduate and a medical degree in a single eight-year term.

Brown University Library houses over 250 unique collections, each of which has rare primary research resources. Undergraduates can choose from over 500 clubs and organizations, and all first-year students live on campus.

Cornell University, the youngest Ivy League school, was founded in 1865 with the aim of discovering, preserving, and disseminating knowledge, producing creative work, and promoting a culture of broad inquiry within and beyond the Cornell community.

Despite the fact that every graduate obtains a degree from Cornell University, each of Cornell’s seven undergraduate colleges and schools admits its own students and provides its own staff.

It’s impossible to compare Ivy League colleges because they’re all excellent institutions. There is no universal agreement on which Ivy League school is the greatest, and each ranking chart appears to rank the Ivies differently.

U.S. News, Forbes, and Niche have attempted to rank these ivy league schools. And as expected, each list varies from the others; thus, while there is no agreement on how to rank Ivy League institutions, there is widespread agreement that all Ivy League schools are among the best in the country.

For instance, in its ranking methodology, U.S. News places the most emphasis on colleges’ intellectual and academic reputations. In its ranking, U.S. News ranked Princeton University as #1

The Forbes ranking places the greatest emphasis on student outcomes, considering alumni wages and the number of debt students have when they graduate. As such, Forbes ranks Yale University as #1 from the list of ivy league schools.

Finally, the Niche ranking places the greatest emphasis on quality of life, such as the quality of campus housing, athletics, technology, and diversity. Based on these criteria, Niche ranks Harvard as #1 from the list of ivy league schools.

Yale University is located in New Haven, Connecticut, and is well-known for its outstanding drama and music programs.

Dartmouth College, located in Hanover, New Hampshire, provides a variety of student activities. Dartmouth is a member of the Ivy League and one of the world’s top intellectual institutions.

According to U.S. News & World Report, Duke is ranked 12th in the nation in National Universities, ahead of most Ivy League schools.

How Many Ivy League Schools Are There?

As mentioned earlier, Ivy league schools are widely regarded as the most prestigious institutions of higher learning in the country and around the world.

Because Ivy League acceptance rates are exceedingly low, you will need a lot of dedication and foresight to get in.

And note, in some cases, academic credentials may not be enough to get into Ivy League schools.

This means that if getting into one of the Ivy League colleges is a priority or goal for you, you will need to start working toward that objective many years in advance.

We hope this article is quite comprehensive in its list of ivy league schools.