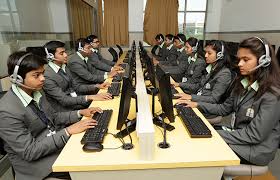 It is a famous institute because of its focus on research areas and extracurricular activities, including entrepreneurship, hackthons, robotics etc

Indian Institute of Science, Bangalore is established in 1909 by Jamshetji Tata and krishnaraja Wadiyar IV, the institution has a great history of providing academic education in sciences, mathematics and engineering. In 2019 it was 353rd among the universities around the world. It is the only Indian institution to be featured in The Academic Ranking of World Universities in 2017.

Indian Institute of Technology, Bombay (IIT-B) is one of the most famous and best college in computer science in India. This institution is famous thanks to her long history, methodical approach to education and focus on providing skills that are widely recognised by IT companies.

Indian Institute of Technology, Bombay (IIT-B) was established in 1958 to offer world-class education in many engineering disciplines like aerospace, metallurgical and many others.

Indian Institute of Technology, Bombay (IIT-B) gained her popularity not just for providing quality education and placements but also for its annual cultural festival  (Mood Indigo).

Mood Indigo is the largest Asia’s college festival. It has been featured by The Times Higher Education World University Rankings 2019.

Birla Institute of Technology and Science (BITS),  Pilani is one of the premier and best college in computer science in India offering undergraduate education in Engineering, the sciences, and Management. BITS is also one of the few universities in India that follows the “No Reservation Policy” for admission and has been accredited by the NAAC with ‘A’ grade.

Apart from in Pilani, BITS also has campuses in Goa, Hyderabad, and Dubai. BITS continue to garner great reviews by students on the faculty, campus, curriculum and placements.

National institute of Technology has more than 30 institutions across India, with a strong presence in Nagpur, Allahabad, Bhopal, and other cities.

It was first established asDelhi Polytechnic in 1941, the government-controlled college in 14 academic departments, with a focus on Engineering and Technology.

for more information on top computer science colleges in India visit the website.