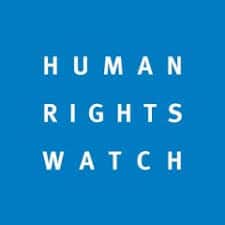 The human right watch internship is a program for transferring hands-on skills in areas such as ; conducting small research assignments, assisting with social media management and drafting documents regarding human right issues, to young people.

Human right watch is an international non governmental, non profit organisation that conducts research and advocacy on human right issues worldwide . They document human right abuses and bring it to the notice of the world . They are very influential as their reports are taken seriously. The headquarters of human right watch is in New York.

The Purpose Of Human Right Watch

The job that his done by HRW is very sensitive and important. The human right watch internship is intended to find the best and fill the spaces at HRW. The human right intern is expected to have the same characteristics ;

Do not call or send emails and enquires about the status of your application will not be responded to.

If you have technical difficulties while filling the application then send an email to recruitment@hrw.org

HRW consists of a global team that is very diverse team that works every day to preserve human dignity and preserve international human rights. Their work takes them into many countries.

The researchers are based in these offices or live in or near the country which they work.

– The interns must be students throughout the duration of the internship program.

Human right watch is highly regarded worldwide but according to The Times, Human right watch (HRW) does not alway practice the transparency, tolerance and accountability that it urges on others. There has been accusations that HRW fails to report human right abuses in certain regimes and conflict zones like Israel. It is alleged to be unfair and not balance in their reporting of all conflicts.

Human right watch is a none profit organisation which has about 400 staff who are scattered around the globe. It has a mix of nun right professionals, you try experts, lawyers, journalists and academics of different backgrounds.

The human rights internships are opportunities for students who wish to gain some practical skills in research and the other areas which constitute the work area of the human right organisation. Its is a place where you can get the help to grow as you work to improve humanity . The positions are not paid.